This year’s Salute From the Shore will begin at the North Carolina/South Carolina border, 40 miles north of Myrtle Beach, at approximately 1pm and will make its way down the coastline, where it’ll end in Bluffton. The flyover will begin with two F-16s from Shaw Air Force Base and a C-17 from Charleston Air Force Base. Following the military planes will be a civilian-owned and flown vintage aircraft, a P51. This plane flies slower than the military planes and will extend the Salute through the afternoon as it makes it’s way down the South Carolina coastline. Beachgoers are encouraged to stick around after the initial military planes flyover to be able to see the vintage aircrafts. As always, please be mindful these are older planes with volunteer pilots, so weather conditions and mechanical issues play a role in how many ultimately fly.

Organize your patriotic displays in groups, big and small, and share your tributes online for our armed forces around the world to see. Please share this schedule and information with your friends and family! 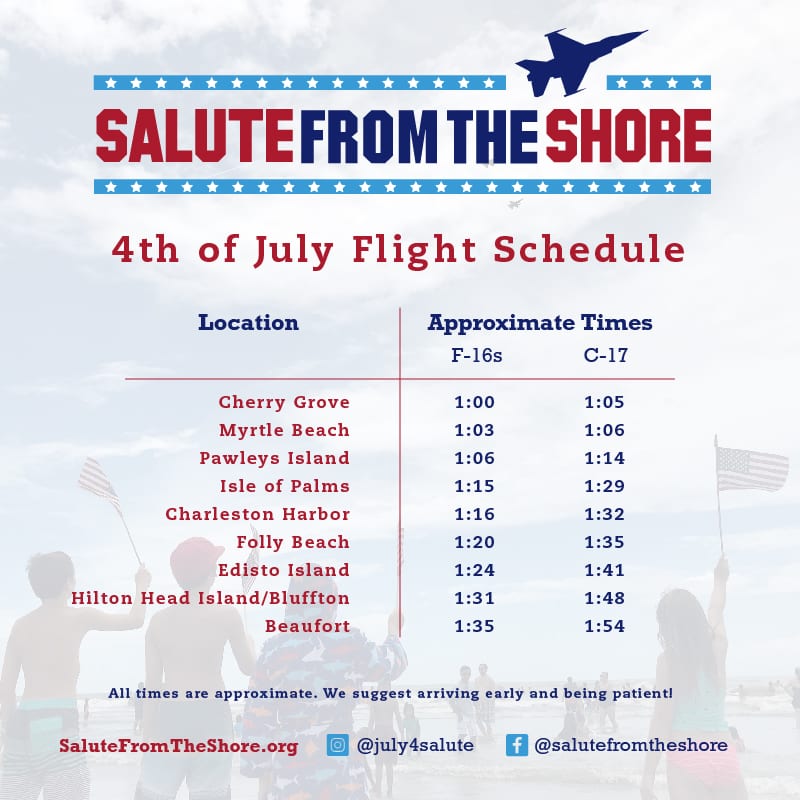