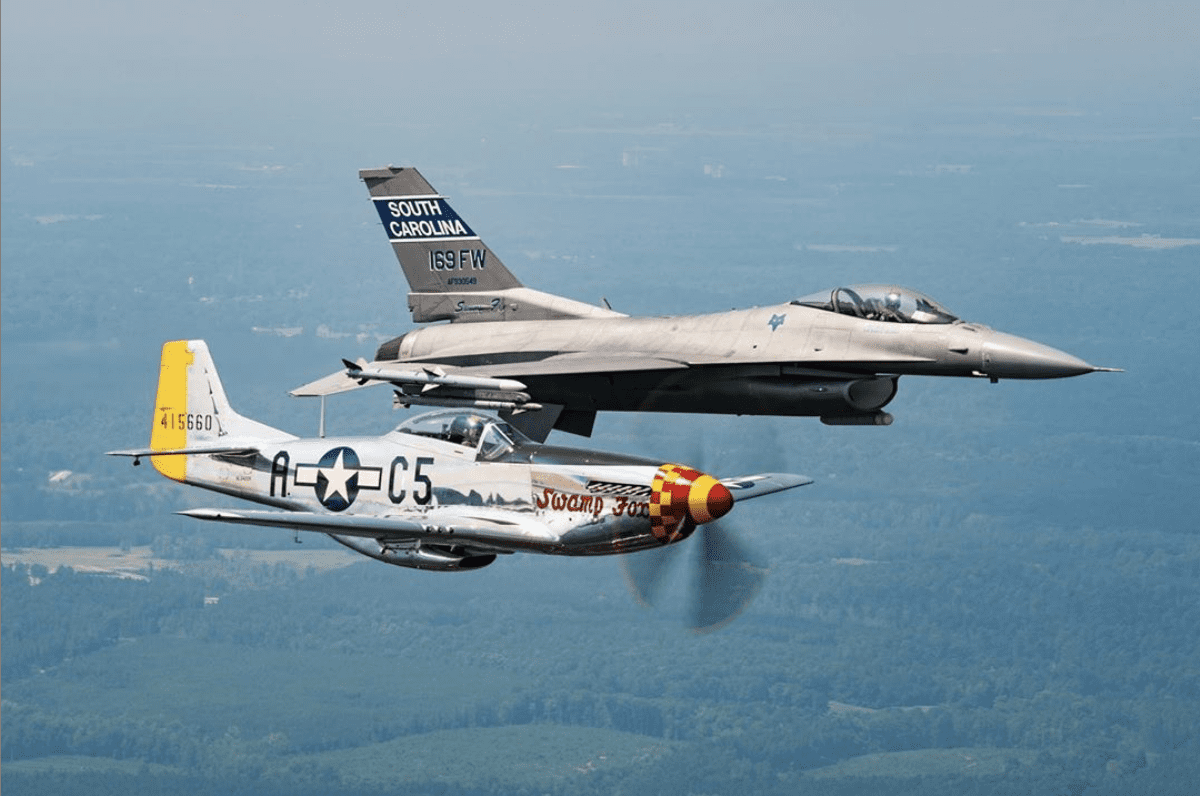 RT and Swamp Fox will be joining the F-16s and C-17s when they take to the sky on Saturday, July 4th, in the 11th Annual Salute From the Shore.

"One of the things that Salute From the Shore is fabulous at is honoring the troops," RT said. "However, most spectators don’t realize that it’s not just the military pilots who participate in events like this. It takes an entire team of military personnel behind the scenes who are giving up time with their families in order to honor all of the other servicemen and women, and to inspire the crowds as they fly down the coast."

RT is honored to participate in this event in hopes that he'll be able to provide additional manpower allowing another service member to enjoy Independence Day with their family. The Dicksons continuously strive to honor and support the military by maintaining the aircraft and participating in events such as Salute From The Shore.

The Dicksons acquired the P-51 aircraft in 2012, and have considered themselves trustees of this critical piece of history. They want to preserve it by honoring all those past, present, and future that have served in the United States Armed Forces.

The history of the original Swamp Fox P-51 dates back to 1944. North American Aviation manufactured the plane. It was delivered to the USAAF on October 20th, 1944, where it was then assigned to the Eighth Air Force, England, on November 10th, 1944. 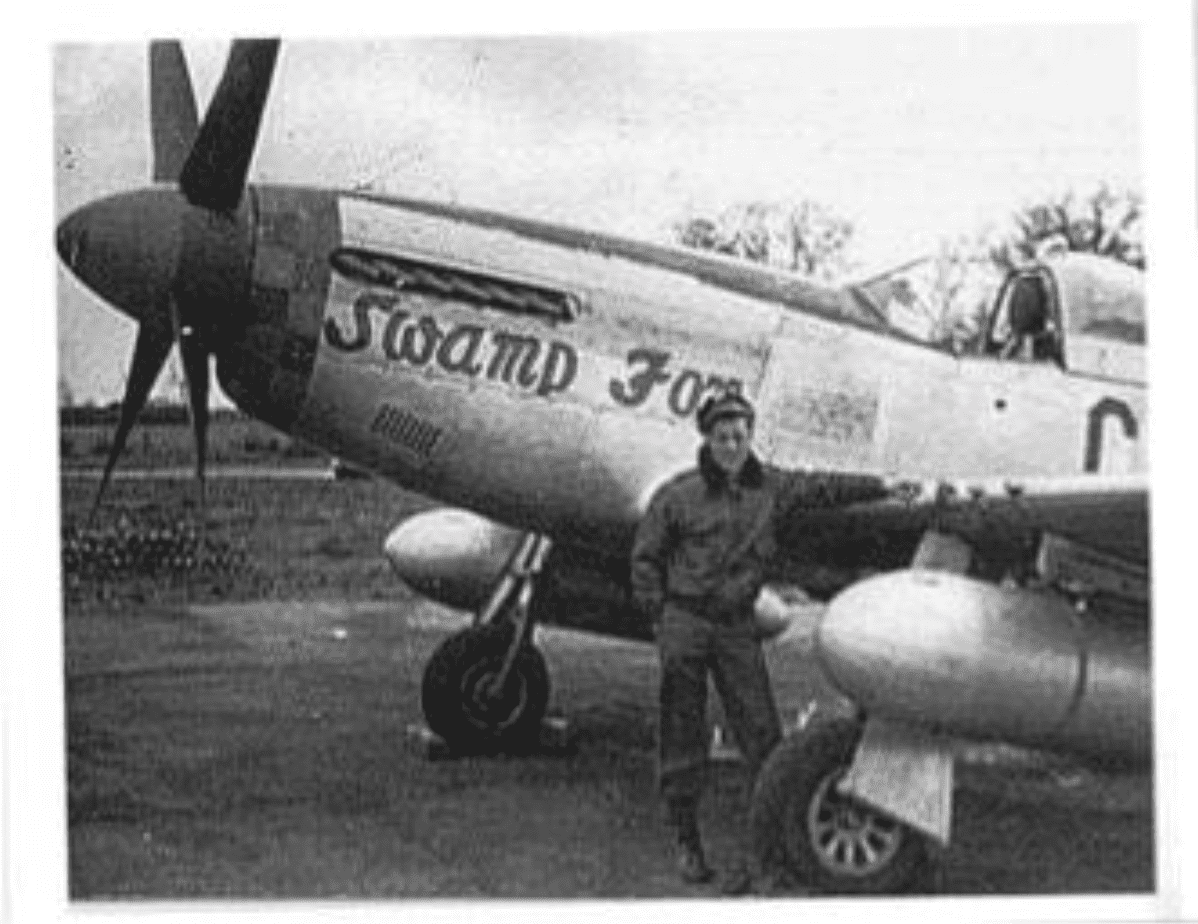 Lt. Col. Will Foard, a native of South Carolina, was the original pilot of the plane when he was just 20 years old and a young lieutenant at the time. Flying and fighting out of England during WWII, Foard thought it would be amusing to name his plane after the famous American Revolutionary War hero from South Carolina, Francis Marion. Marion led bands of guerrillas in several victories against the British and British-allied Colonists. He received the name "Swamp Fox" for his craftiness in eluding pursuit in the Carolina swamps and some British still consider Marion a war criminal.

The Swamp Fox P-51 that will fly in Salute from the Shore, while not the original, was manufactured at the same North American Aviation plant shortly after Foard's plane was. It was delivered to the U.S. Army Air Force in May of 1945. It never left the Continental U.S. during its service to the U.S. Army, U.S. Air Force, and Air National Guard, but never saw combat during WWII. Twelve years after being delivered, the aircraft was dropped from inventory as surplus. It bounced around for several decades before being expertly restored between 2007 and 2012. The Dicksons decided to paint the freshly restored plane to match Foard's original Swamp Fox. They appreciated his backstory and the dedication from the young man from South Carolina, answering the call of duty to ship off to war.

"We feel it is important to preserve the Mustang to honor all those who built, maintained, and flew them, as well as inspire future generations to rise to greatness and serve this amazing country," said Dickson.

To learn more about Swamp Fox P-51 and its pilot, RT Dickson, visit them online at swampfoxp51.com or follow on social media @swampfoxp51. We are honored to have RT and Swamp Fox join us for our 11th Annual Salute From the Shore and can't wait to see them in the sky this 4th of July! 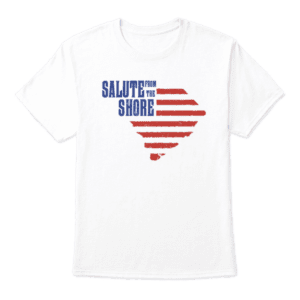